In the Philippines, a country with an average of 25 typhoons per year, 21 active volcanos and regular earthquake threats, addressing natural hazards requires a whole-of-society approach.

In many parts of the country, the ground is saturated with water, so even minimal rainfall causes flooding.

In Catanduanes, the 12th-largest island in the Philippines, a family whose livelihood depends on copra – dried coconut meat used to make oils – is struggling to make ends meet. Not only has the price of coconut oil steadily declined since the beginning of the year due to the COVID-19 pandemic, but the family’s coconut trees have been destroyed by the series of typhoons that have hit the area.

They are not alone in their struggle. 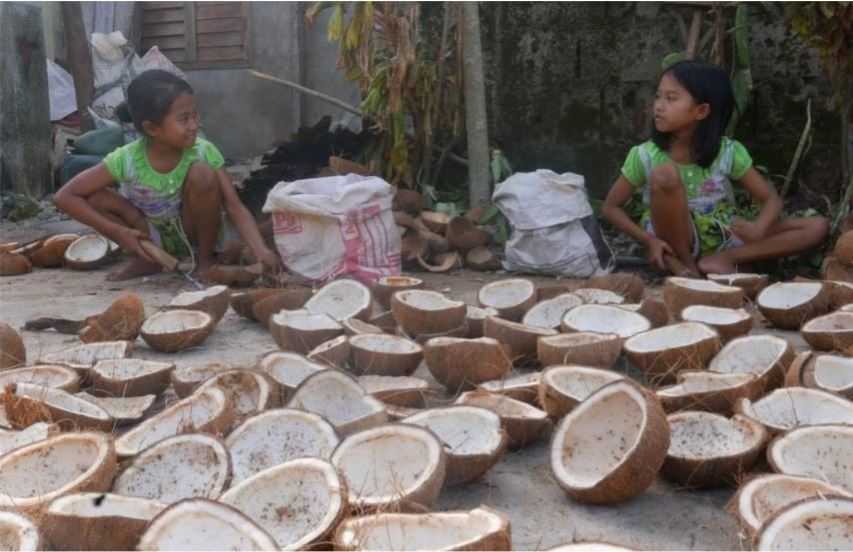 In early November, Super Typhoon Rolly, the most powerful tropical cyclone thus far in 2020, made landfall in the Philippines and affected 1.9 million people in 8 of the country’s 17 regions, leaving an estimated 845,000 people in need of assistance.

In the Philippines, COVID-19 is adding another layer of complexity in what is already a difficult year, with nearly 500,000 confirmed cases of coronavirus and almost 9,000 deaths.

The private sector leads the response

The Philippine Disaster Resilience Foundation (PDRF), a Connecting Business initiative (CBi) Member Network, has had its hands full. Working closely with the Government of the Philippines, the UN and other humanitarian organizations, PDRF is a partner agency representing the private sector.

“Transportation is paralysed; value chains are disrupted and markets depleted. We see now a growing engagement of the private sector in developing early warning systems and preparedness as well as in engaging in early recovery activities. For the Philippines, this is not a cost, but a resilience-building investment. In the Philippines, PDRF is at the forefront of this new generation of emergency responses to natural hazards.”

The PDRF Emergency Operations Center (EOC) has been on alert since April 2020 and monitors the situation while sharing warnings as needed.

PDRF is active on various fronts, visiting affected areas to assess and respond to damage; providing daily situational reports to its members; and leading the private sector response and engagement with regards to disasters.

Response activities have included, among others, fundraising, cash assistance to 2.8 million families, support to 92 hospitals, and capacity-building for pandemic management to 2,103 health workers nationwide.

For the recent typhoons, activities have extended to the deployment of vehicles, medical supplies, drinking water, ready-to-eat meals, call and charging booths, and relief packs, and a team of engineers deploying to help restore communications in typhoon-hit areas.

With 17 of 60 active member companies on heightened alert, PDRF has coordinated 16 rescue operations and helped to rescue 67 individuals.

Impact of and response to the triple threat and field visits 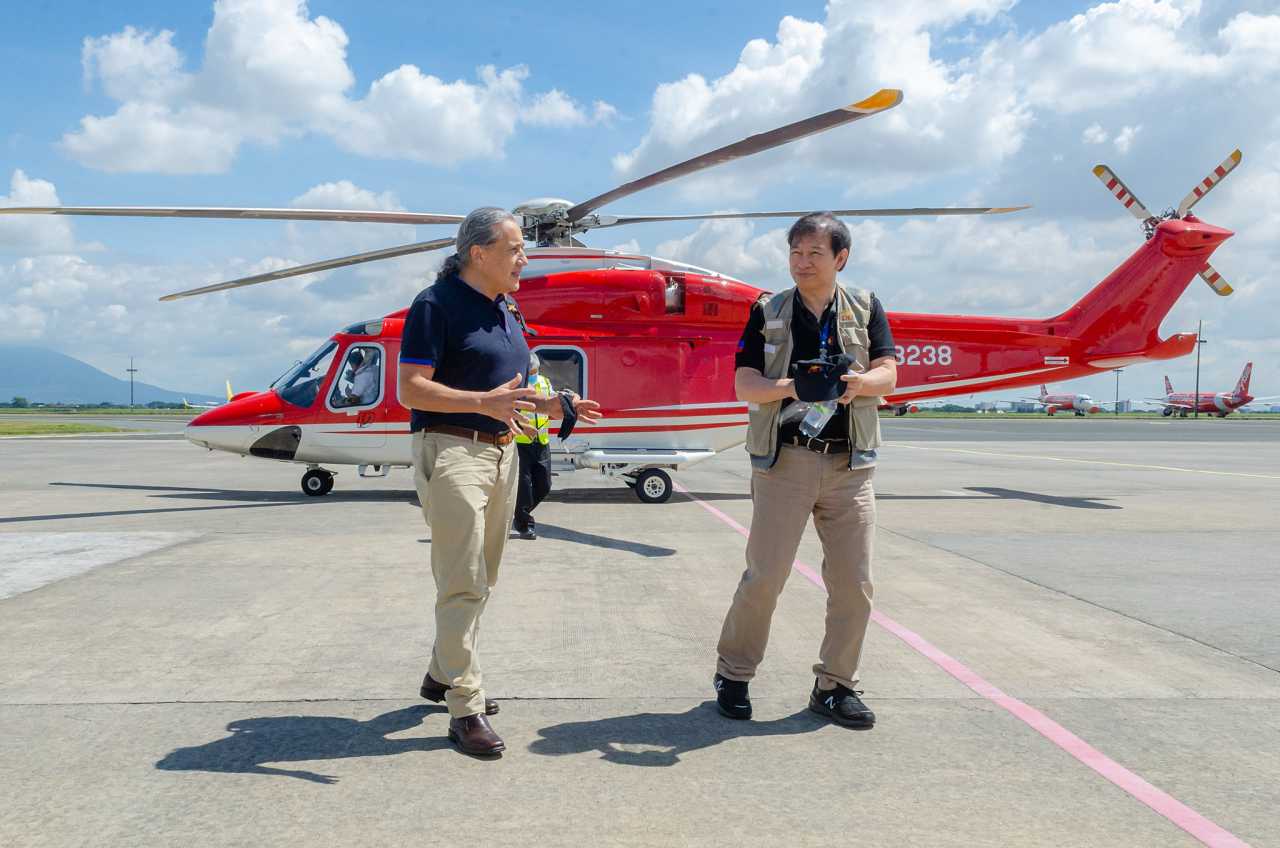 The Office of Civil Defense (OCD) and OCHA invited PDRF to join the Joint Rapid Damage Assessment and Needs Analysis for the affected regions.

Commenting on CBi’s role, Mr. González said: “The UN has greatly benefited from CBi’s expertise to expand our resilience-building partnership with the business community, as it has provided a strategic entry point for the private sector to engage in disaster risk reduction and emergency preparedness and opened a fruitful collaboration with the UN.” 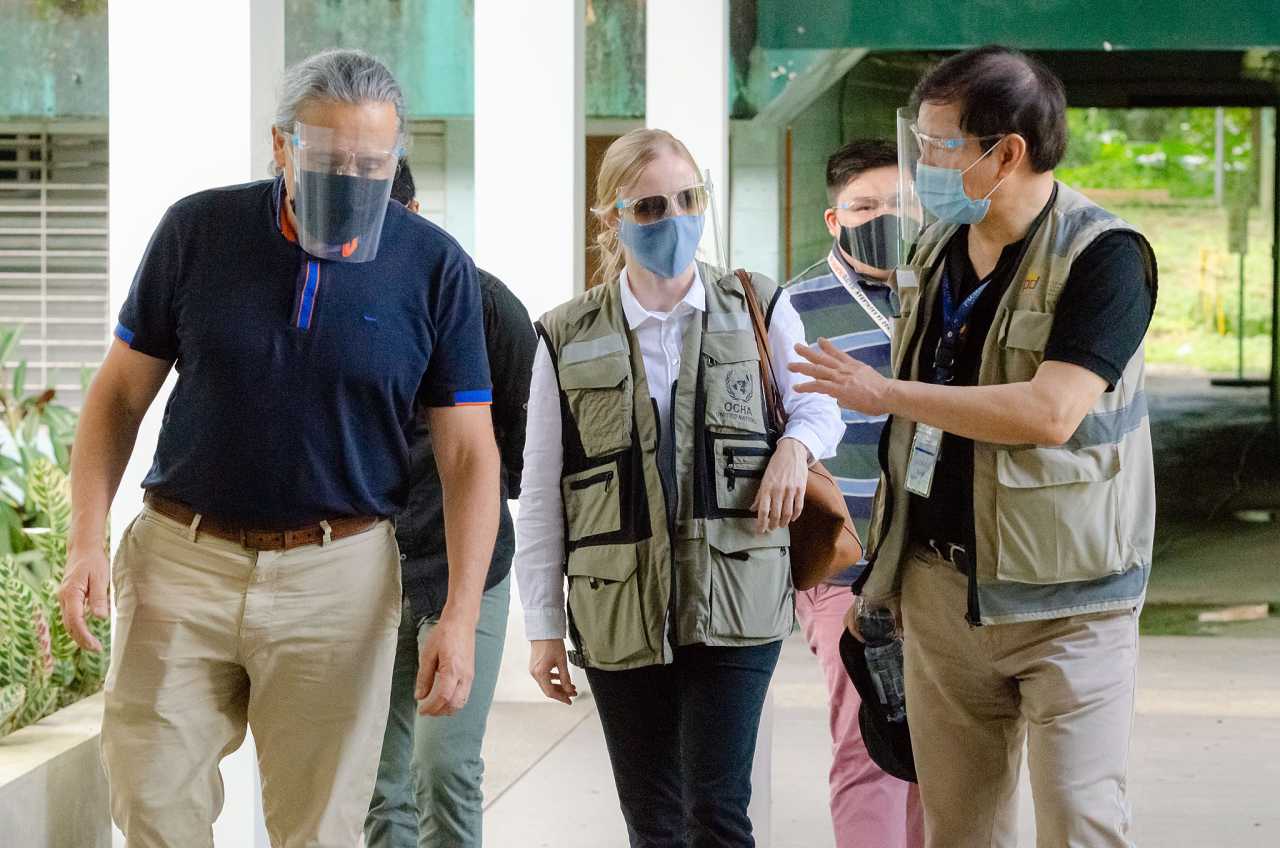 Following another trip to Abay, the UN released an appeal for US$52.6 million to address immediate and early recovery needs of the areas hardest hit by Super Typhoon Goni and Typhoon Vamco.

Areas particularly vulnerable to typhoons and their populations do not have time to recover from one natural disaster before the next one hits. For this reason, PDRF supports the efforts of micro-, small and medium-sized enterprises to recover from crises as well as initiatives to build their resilience.

The Connecting Business initiative (CBi) is a joint endeavour supported by OCHA and the UN Development Programme (UNDP) that engages the private sector in disaster preparedness, response and recovery. For more information, visit www.connectingbusiness.org/ or find them on social media (Twitter, Facebook, LinkedIn).